It is a well-known fact that energy is a vital source for humanity. Moreover, the need for it is increasing every year since without it, human life is unthinkable. From times immemorial, people use fossil fuels such as coal, gas, and oil as energy sources. In the book Solar Energy: Renewable Energy and the Environment, it is stated that “Modern conveniences, mechanized agriculture, and global population growth have only been made possible through the exploration of inexpensive fossil fuels” (Foster, Ghassemi, & Cota, 2009, p. 1). However, as it is known, their reserves in nature are limited. Thus, sooner or later, the day will come when they exhaust. In such a way, it is necessary to search for other sources of energy, namely alternative, non-conventional, and renewable. Nowadays, the sun is a primary and main source of energy for the planet.

I am a public figure who is greatly concerned about the energy problem the planet is facing these days. Hereby, I am speaking at the United Nations Climate Change Conference. The problem of depletion of the Earth’s interior is aggravated by the uneven distribution of deposits, which threatens the stability of world economic relations. In fact, no country in the world has all the necessary reserves of mineral raw materials. Thus, countries are dependent on imports. However, even the richest powers should understand that nature reserves are limited. It is a great political and diplomatic problem as there are many conflicts worldwide regarding energy sources. There are also numerous business problems relating to the energy sector as these days, the oil prices are extremely low. Therefore, energy companies suffer great losses. The environmental problems associated with the depletion of the Earth’s interior are highly alarming as the problem of global warming is also connected with the excessive mining of natural resources. Thus, it is necessary to find a solution, and the use of solar energy is one of them. The main goal for the world leaders is to insure the proper acquisition of solar energy without any harmful effects on the planet. Consequently, it is necessary to use solar cells for this purpose. In my opinion, the best place for the installation of solar cells is arid and desert areas. On the surface of the largest deserts in the world with a total area of 20 million square kilometers, about 5 * 1016 kWh of solar energy is received in a year (Patel, 2005). In the efficiency of converting solar energy into electrical energy equal to 10%, it is sufficient to use only 1% of desert areas to accommodate SPP to insure the current world energy consumption (Patel, 2005).

Since ancient times, people tried to learn how to use solar energy and generate heat energy. Zekai Sen (2008) claims that “Solar energy is the most ancient source and the root for almost all fossil and renewable types” (p. 1). A French scientist Edmond Becquerel invented the first solar heaters (Sen, 2008). He made a large concave mirror that directed the reflected sun’s rays at one point. The mirror was able to quickly ignite dry wood at a distance of 68 meters on a clear day (Sen, 2008). In 1774, Antoine Lavoisier for the first time used lenses to concentrate the thermal energy of the sun (Sen, 2008). These days, scientists around the world invent new ways of effectively getting solar energy.

The sun is a giant star that has a diameter of 1 392 thousand kilometers (Morris, 2006). Its weight exceeds the mass of Earth by 333 thousand times (Morris, 2006). In the book Solar Energy, it is stated that “The sun’s volume is more than a million times greater than Earth’s” (Morris, 2006, p. 6). Hereby, the sun’s volume is by 1.3 million times greater than that of Earth (Morris, 2006). The chemical composition of the sun totals 90 % of hydrogen, about 2 % of helium, and 0.1% nitrogen (Kalogirou, 2013). Inside the sun, there are thermonuclear reactions of the transformation of hydrogen into helium. Every second, 4 billion kilograms of matter are converted into energy radiated by the sun into space as electromagnetic waves of different lengths (Morris, 2006). Solar radiation is an inexhaustible renewable source of clean energy. In the book Solar Energy, it is stated that “Solar energy is a renewable energy source” (Richards, 2009, p. 8). Moreover, John Tabak (2009) affirms that “No matter how much solar energy is converted into heat or electricity at a given location on a given day, there will be more solar energy available for conversion the next day” (p. 1). The atmosphere of the Earth reflects 35% of the sun energy back into space, and the rest of energy is expended on heating the Earth’s surface, evaporation-sedimentary cycle and the formation of waves in the seas and oceans, as well as air and ocean currents and wind.

Nowadays, among the renewable energy, solar radiation on the scale of resources, environmental friendliness, and general prevalence is the most promising (Ollhoff, 2010). Solar energy can be used both on Earth and in space. Land solar power stations should be built in areas as close as possible to the equator with a large number of sunny days. It is worth noting that solar energy can be converted into thermal, mechanical, and electrical energy and used in chemical and biological processes. Ian Mahaney (2007) affirms that “Solar energy is used for many purposes that are important for life on Earth” (p. 6). Solar installations are used in heating and cooling systems of residential and public buildings as well as in industrial processes occurring at low, medium, and high temperatures. They are used to produce hot water, desalination of sea or saline water, drying materials, and agricultural products. Soteris Kalogirou (2013) claims that “Energy from the sun in the form of solar radiation supports almost all life on earth via photosynthesis and drives the earth’s climate and weather” (p. 1). Due to solar energy, there are various photochemical processes, a process of photosynthesis, and plant growth.

It is evident that each type of alternative energy has a number of advantages and disadvantages. The main advantage lies in the fact that the source, namely the sun, is inexhaustible. Furthermore, it is absolutely free. These days, the issue of global warming is extremely alarming. However, the use of solar energy is harmless. In the book Solar Energy Engineering: Processes and Systems, it is stated that “The greatest advantage of solar energy compared with other forms of energy is that it is clean and can be supplied without environmental pollution” (Kalogirou, 2013, p. 1). Hereby, solar energy does not contribute to global warming, acid rain, and smog, while it reduces harmful emissions. The reason is that in the production of energy from the sun, toxic waste is not produced. Carbon dioxide is not released to the atmosphere. The usage of solar panels does not require connection to the electrical system (Miller & Spoolman, 2014). Apparently, this fact is extremely convenient for those who live in remote areas. The equipment is fairly simple to install and requires minimal maintenance.

Despite numerous benefits, there are still certain disadvantages of the usage of solar energy. Although solar energy saves money in the long run, it has high initial cost of the panels (Thomas, 2007). In such a way, it is one of the main barriers to the widespread adoption of solar energy. Due to the fact that batteries are highly expensive, people will have to pay a considerable sum before they will start receiving benefits from this type of energy. On the other hand, the solar cell device comprises only a small number of moving parts (Thomas, 2007). In turn, it leads to less wear and requires frequent repairs. It means that ultimately, solar cells will fully pay for themselves, and in the long run, it will be possible to use virtually free energy (Thomas, 2007). Another disadvantage is that this source of energy is greatly dependent on weather conditions. It is obvious that for the operation of the solar cell, there must be a sufficient number of sunny days. In fact, this circumstance does not allow using this source in areas of the Earth with a large number of overcast days, especially in the winter. Moreover, the energy is not produced at night as well. Owing to the fact that solar cells cover a large area, it creates additional difficulties in their placement in urban environments. Thus, it becomes evident that solar energy is the most expensive way to generate electricity (Miller & Spoolman, 2014). What is more, this source is not as effective as others. However, solar panels are virtually silent. Finally, perhaps one of the most important aspects lies in the fact that solar energy theoretically has no restrictions and cannot be the subject of market speculation.

There are methods of thermodynamic conversion of solar energy into electrical energy grounded on the use of cycles of heat engines, thermoelectric and thermionic processes, as well as direct methods of photoelectric, photovoltaic, and photoemission transformations. In fact, photoelectric converters and thermodynamic conversion systems using heat engines have received the most practical application (Miller & Spoolman, 2014).

Solar energy is converted into electricity by solar power plants (SPP) with equipment designed to capture solar energy and its successive transformation into heat and electricity. For effective operation of SPP, heat accumulator and the automatic control system are required. Capture and conversion of solar energy into heat is implemented by means of the optical system of reflectors and a receiver of concentrated solar energy used to generate steam or heat of gas or liquid metal coolant, namely working fluid (Patel, 2005).

The energy of solar radiation can be converted into the direct electrical current by means of solar cells (Chen, 2011). Apparently, these are devices comprising of thin films of silicon or other semiconductor materials (Chen, 2011). The advantage of photovoltaic cells (solar cells) is associated with the absence of moving parts, their high reliability, and stability. At the same time, their service life is practically unlimited. Moreover, solar cells have low weight, and they are easy to operate. They are efficient in the use of both direct and diffuse solar radiation. A modular design allows creating installations of virtually any power. Hereby, this fact makes them extremely promising. The disadvantage of solar cells is the high cost and low efficiency, which is currently almost 10-12% (Chen, 2011).

Nowadays, more than 5 million solar water heaters are used in the world (McDonald, 2010). They are used in individual homes, centralized hot water systems in residential and public buildings, including hotels, hospitals, sports, and recreation facilities (McDonald, 2010). Apparently, there is the industrial production of solar water heaters in such countries as Japan, Israel, Cyprus, the USA, Australia, India, France, and South Africa (Gordon, 2013). Residential, public, and industrial buildings consume for heating, hot water, and air conditioning 30-35% of the total annual energy consumption (Patel, 2005). In the areas with more than 1,800 hours of sunshine a year, it is advisable to use solar energy for heating buildings (Patel, 2005). Solar water heaters have been widely used due to their simplicity of design, reliability, and fast payback. According to the principle of operation, solar water heaters can be divided into two types such as installations with natural and forced circulation of the coolant. In recent years, passive heaters are more produced (Gordon, 2013). They operate without a pump and, therefore, do not consume electric power. They are structurally simple, reliable, and require little maintenance. With regard to the effectiveness, they are not inferior to the solar water heater with forced circulation.

Earth’s natural resources are being depleted steadily and minerals are constantly getting smaller. As a result, this fact forces people to search for new sources of energy. These days, it becomes increasingly necessary to use non-conventional energy sources primarily solar, wind, and geothermal energy along with the introduction of energy saving technologies. The sun’s energy can be called one of the most popular kinds of alternative energy sources. For many years, people learned to generate energy from the sun. Nowadays, there are various installations for the generation of the solar energy. Moreover, scientists still invent new more effective and cheaper ways. It is evident that all installations have both advantages and disadvantages. Despite this fact, benefits of the solar energy prevail. 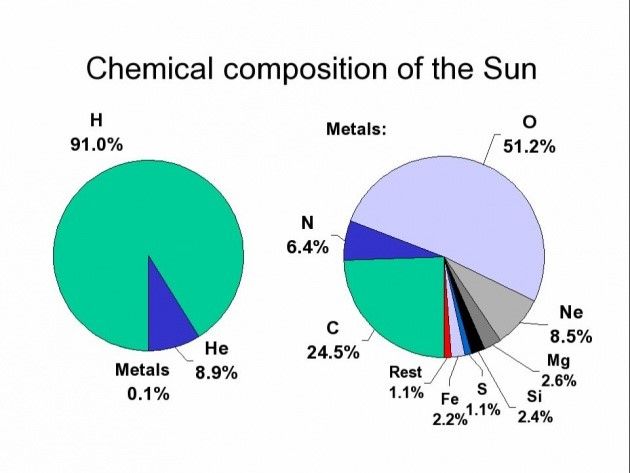