The issue of disabled people has always been present in the society. Moreover, various medical practitioners have been trying to ease the lives of such individuals with different methods. In some cases, they invented substitutions of body parts to compensate people’s lost limbs. This practice has a long history that led to the emergence of the contemporary science of prosthetics. Modern prosthetic devices are much lighter and more technologically developed which makes the life of the disabled individuals considerably easier. Nowadays, millions of people use the advances of prosthetics to cope with their daily domestic and work tasks. Thus, the following paper discusses the role of prosthetics in the society, its benefits, and scientific development. Prosthetics is one of the most important medical sciences because it assists disabled people in keeping the regular lifestyle.

The term “prosthetics” refers to “the evaluation, fabrication, and custom fitting of artificial limbs, known as “prostheses” (What is Prosthetics?, n.d.). Their primary aim is to enhance the quality of a person’s living with the usage of an artificial substitute for a missing body part. It is worth to note that this branch of medicine has a long history. For instance, Norton (2007) argues that “an artificial leg dating back to about 300 B.C. was unearthed in Capua, Italy, in 1858. It was made of bronze and iron, with a wooden core, apparently for a below-knee amputee” (Norton, 2007). Of course, the materials and the technology used in the past differ from the contemporary models and practices in this sphere. Moreover, there was no proper knowledge about rehabilitation processes required after amputations as well as the possibility of saving damaged body parts. That is why one presumes there were lots of amputations with the implementation of primitive prostheses afterward. Modern prosthetic devices vary from the early ones because of the technological evolution. For example, there were no carbon or 3D printing technologies as well as computerized artificial limbs that are widespread nowadays. However, the early appliances such as hooks and peg legs stimulated the minds of the inventors because of their imperfection and inconvenience.

One has to mention that the prosthetic devices remained primitive to a great extent up to the late 1500s. Scholars connect the next step in the evolution of these appliances with the name of Ambroise Pare, a French Army barber and surgeon. He was the first practitioner who made advanced prostheses for upper and lower-extremity amputees in 1536 (Norton, 2007). His insight into the issue resulted in numerous updates in the design and functionality allowing amputees to fix prostheses. Moreover, they became able of performing various daily functions (Figure 1). Furthermore, the advances in the knowledge of amputation led to the amputation of smaller fragments of body parts. It was the reason for the usage of foot prostheses instead of leg ones. Such changes influenced the corresponding sphere causing the widespread usage of foot prostheses. 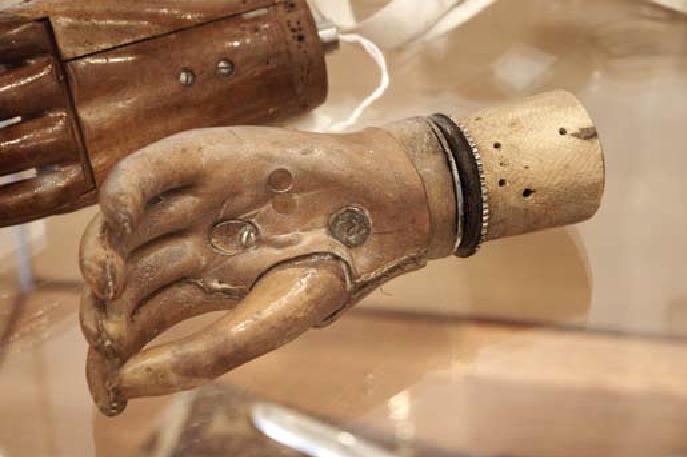 The need for the advanced technologies of prosthetics came to the US with the Civil War. This necessity has been enforced with World War I, World War II and the Vietnam War. Despite the foundation of the American Orthotic & Prosthetic Association, war veterans argued about the inconvenience of prosthetics devices in daily and combat use. That is why the government found a solution and delegated the sphere of the update of the technology to military companies. The latter resulted in the creation of contemporary devices with the usage of modern materials. Furthermore, they have such technologies as built-in computer chips and robotics (Norton, 2007). Without any doubt, the advances of technology shifted the discussed sphere towards the creation of more convenient and practical medical solutions in both amputation and prosthetics.

Pay for 9 pages here or for 10 pages on other sites.
Most of the competitors provide 270 words or less per page, while we give you 300. Add a 15% first-time customer discount and SAVE 25% ON YOUR FIRST ORDER!

Amputation, Adaptation to Life with Prosthetics and Benefits of Prosthetics

The post amputation trauma is a typical situation for many amputees. Therefore, it is the responsibility of a surgeon to restore the functions of the missed body part with the help of a substitute. This stage is very demanding both for a physician and a patient. Furthermore, scholars divide it into two categories. The first consists of the complications that have a direct relation to the amputation. Among them, one can mention pain, circulatory disorders, and secondary skeletal and muscular changes. The second one includes such issues as skin disorders and demands on energy that arise from the efforts to re-establish the missed function with a prosthetic device (Inman et al., 1961). That is why the physician has far more duties that just a removal of a body part. Scholars claim that typical cases of amputation involve osteomyelitis, peripheral embolization, thromboses, thrombocytosis, necrotizing soft tissue infections and iatrogenic events. In addition to them, there could be surgical reasons for amputation caused by accidental trauma or combat-related amputations (Bhuvaneswar, Epstein, Stern, 2007). Cases of amputation often result in the patient’s depression. Furthermore, he or she may experience anxiety that may entail insomnia and aggression. The increased reception of negative attitude of the society towards disabled people is the cause of such negative reactions. Consequently, the statistics shows that 20% of patients among those with combat or accidental injuries have a posttraumatic stress disorder (Bhuvaneswar, Epstein, Stern, 2007). The result of this is that the amputation is experienced differently by people having serious chronic diseases and those being healthy and faced with the issue accidentally. Furthermore, a certain degree of stress is caused by the process of adaptation to the artificial body parts and their management. As a consequence, it is essential for the doctor to assess the degree of a psychological stress of a patient and assist him/her in recovering. One of the stages of this procedure is the introduction of a prosthetic device and its benefits to the patient.

For hundreds of years the prosthetic appliances have been inconvenient and unpractical. However, modern medicine gives a challenge to the engineers and physicians to create a device that could successfully compensate the disability. Of course, prosthetic appliances are not able to provide such feelings as temperature, spacial orientation, touch and other lost features of perception. Nevertheless, in case they enable important functions the benefits are vivid. For instance, the advantages of modern prosthetics lie in the sphere of preserving competitive qualities of sportsmen. For instance, athlete Marlon Shirley ran 100 m on a C-shaped carbon spring (McCarvil, 2005). Among other sports where prosthetics resulted in almost full compensation of a body part are golf, running and cycling (Figure 2). 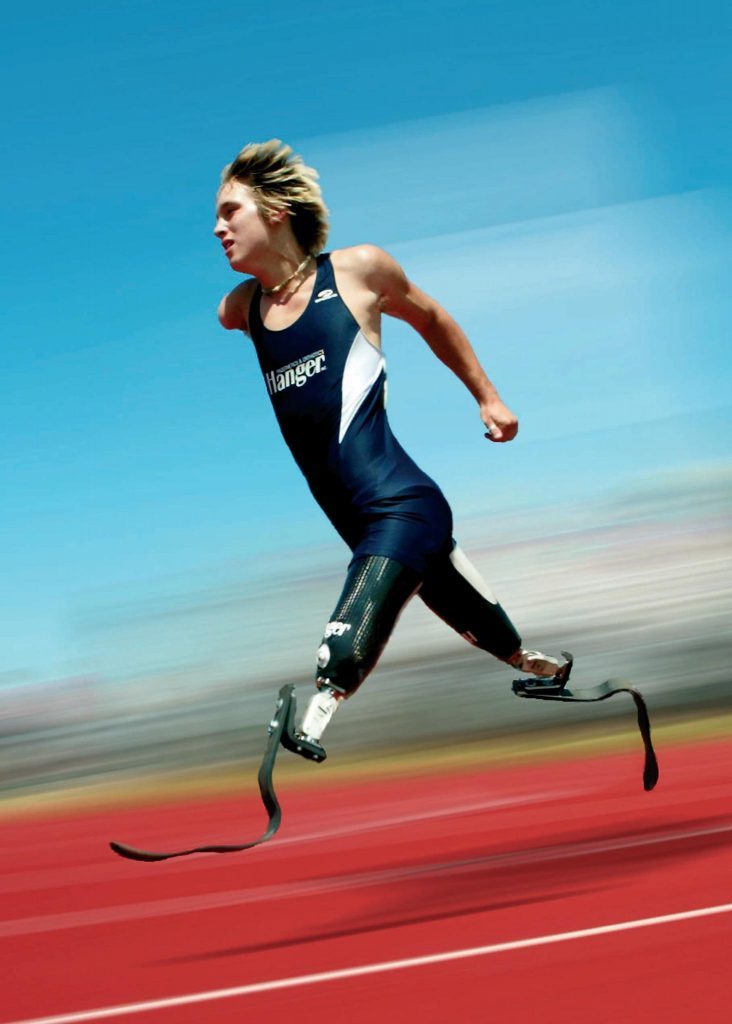 The conclusion of this is that modern carbon materials are durable and capable of bearing serious exercise stress. Furthermore, contemporary artificial limbs give such benefit to patients as freedom of mobility when compared to wheelchairs. One more advantage is the loss of psychological stress when associating oneself with other people. The reason for this is that it is much easier to blend with a crowd of people having prosthetic legs rather than a wheelchair. That is why the science of prosthetics is of crucial importance for contemporary society.

Analyzing the presented information one can conclude that prosthetics is a complicated and necessary medical science that has a long history. Moreover, it gives a lot of opportunities to the people with amputated body parts. One of the major benefits of prosthetics is psychological relief for individuals with amputations and the freedom of mobility. Furthermore, contemporary materials and technologies make it possible for competitive sportsmen to stay in sports even with the amputated body parts. This fact highlights the significance of this medical branch in the life of humanity. Furthermore, the advances in biology and robotics make it possible to create even more sophisticated devices able of imitating perceptions.