Nowadays, understanding the principles how the components of complicated mechanisms work is necessary to obtain general visions of the work of these mechanisms. The current work will provide the description of pressurizers of nuclear power stations. The emphasis will be paid to depiction of such matters as the basic design and type of pressurizers, the way how the pressurizers work, and the flow path of substance inside them. The depiction of the work of components and the whole pressurizer will provide the understanding of the processes which happen inside this mechanism and in the whole nuclear power plant.

The Basic Design and Types of Pressurizers

The pressurizer is a part of the reactor. Usually, it is the water reactor, also known as the pressurized water reactor. In the primary circuit of this system, the pressure of the cooler is performed by this component. This component is considered to be a separate part that is linked with the primary circuit, also known as the hot leg (Andrews, 2011). The components of nuclear reactor and coolant system are presented in the Figure 1 (Nuclear Power, 2012). 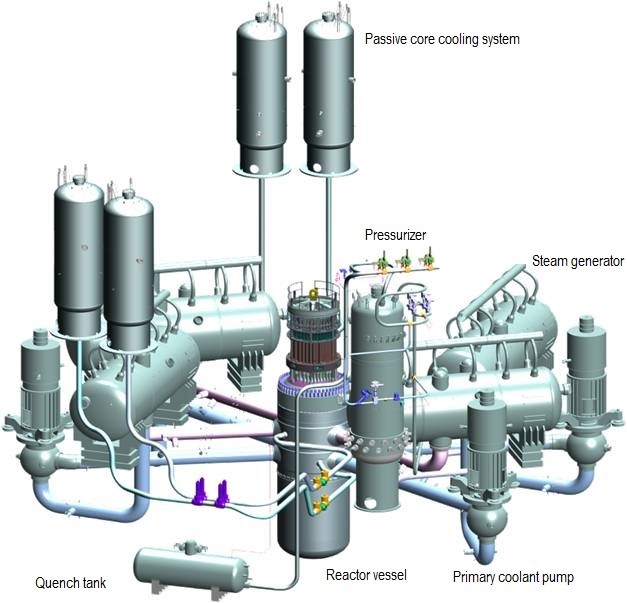 Figure 1. The components of nuclear reactor and coolant system

The pressurizer is partly filled by the cooler. This substance is heated to the boiling point, the saturation temperature, with the necessary pressure by submerged electrical heaters (Kok, 2009). It should be noted that the temperature in this element of the system can be maintained at about 350ºC (Nuclear Power, 2012).

The components of the pressurizer are shown in the Figure 2 (Nuclear Power, 2012). 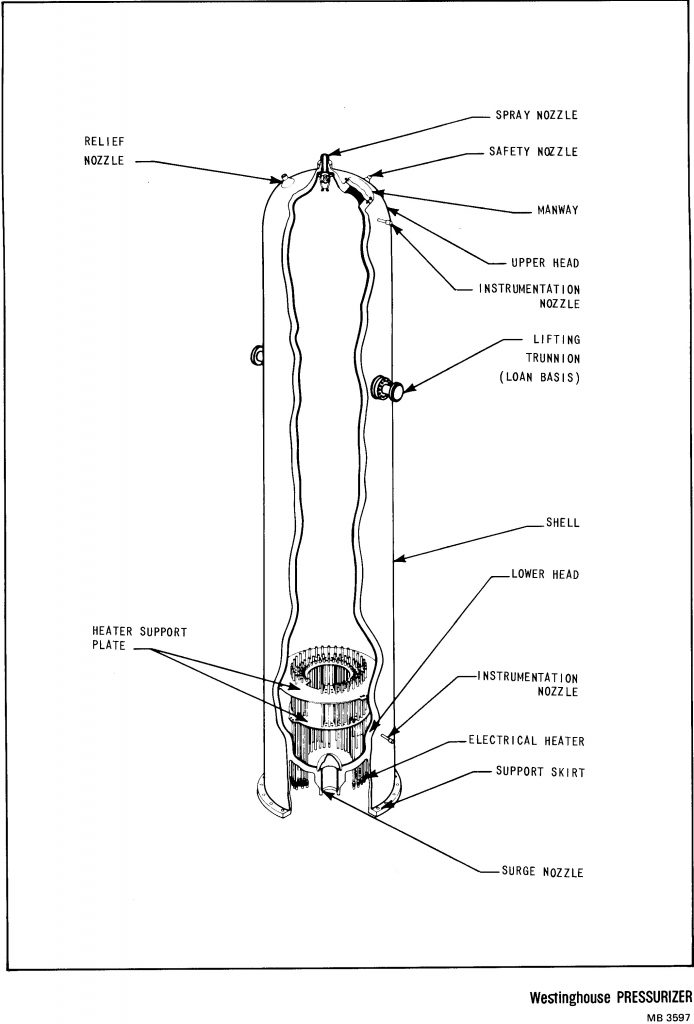 Figure 2. The components of the pressurizer

All of the types of pressurizers have the following similar features: these vessels are represented by steel tanks which contain substance in the lower section and steam in the upper section (Takasuo, 2006). The special surge line connects these facilities with the primary system (Carelli & Ingersoll, 2015).

The relief system consists of pressurized relief tank and two valves, relief and safety valves. This system is used to lower the level of pressure in the emergency conditions of the system. The water spray system contains the following components: spray line and spray nozzle. This system performs two main functions: mixing the substance (water) in the pressurizer and lowering the pressure in normal conditions. The electrical heaters perform the function of increasing the pressure in normal conditions of the performance of the system. The pressurizer and the primary circuit are connected with each other by means of surge line nozzle.

The second type of pressurizer that will be described in the current work is the gas pressurizer. Usually, it has a disclosed type. The principle of work of this mechanism is the following: “when pressurized gas is sent through the pipe, it forces the pintle through the upper end of the canister allowing the gas to pressure a storage tank” (United States Patent, 1982). Nowadays, this type of pressurizer is used in the KLT-40S pressurized water reactors (Alonso, 2012).

Steam-gas pressurizers are used for the maintenance of the necessary amount of non-condensable gas to provide the system pressure in the primary circle and the performance of subcooling. The nitrogen gas and steam are mixed in the gaseous substance in the upper volume. This substance is involved in “the progress in the passive feature of reactor, excluding active equipments” (Lee, Kim, and Parl, 2011). Consequently, such feature as self-persualization can reduce the use of such active components of the system as spray for pressure control and pressurizer heater and cooler (Lee, Kim, and Parl, 2011). At the moment, steam-gas pressurizers are incorporated in such reactors as AST – 500 and REX-10 (Lee, Kim, and Parl, 2011). The schematic diagram of the location of steam-gas pressurizer in the REX-10 is presented in the Figure 3 (Rjan, n.d.). 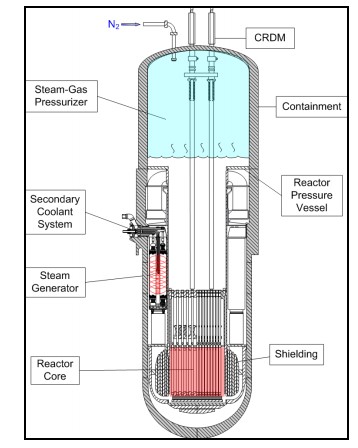 Figure 3. The schematic diagram of the location of steam – gas pressurizer

It should be noted that the steam-gas pressurizer is represented by two independent volumes which are separated with the interface. These volumes contain mixtures of liquid and gas. The scheme of this volume is shown in the Figure 4 (Rjan, n.d.). 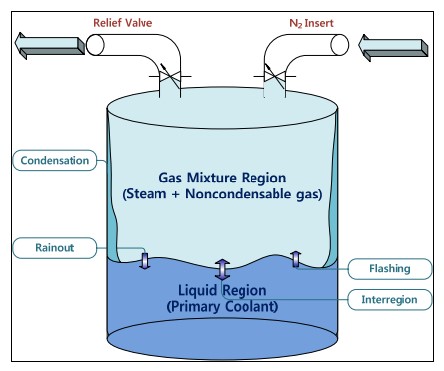 Figure 4. The scheme of the volume of steam-gas pressurizer

The Operation and the Flow Path of the Pressurizer

The major function of the pressurizer is to control the pressure of the primary circuit. The regulation of pressure by pressurizer is maintained by changing the temperature of the substance. One of the major requirements to the basic design is the elimination of boiling of the coolant in the reactor. In this particular case, the coolant is represented by water. At the same time, the water should be in the liquid state in all parts of the system and during all processes of the system. For this purpose, the pressure of the water in the system is maintained at the level that eliminates the occurrence of boiling. Therefore, the major function of the pressurizes is to perform the pressuring of the water system at the higher pressure than the boiling point of the water at working (operating) temperatures. Usually, the maintenance of the system is performed with the subcooling margin at 30ºC (Nuclear Power, 2012). This margin represents the difference between the pressurized temperature of the substance and the biggest temperature in the core of the reactor. This parameter is very important for the whole system in order to exclude the possibility of the boiling of the substance in the reactor.

The maintenance of the increase and decrease of the temperature in the system will be described below. When the pressure in the primary coolant lowers, the electric heaters located in pressurizers are activated. The lowering of the pressure is closely connected with the decrease of the electric load in the plant (Takasuo, 2006). Consequently, the electric heaters maintain the heating of the substance. This leads to the increase of the temperature and pressure because of generation of the steam in the closed system. Also, it should be noted that “in case of the higher pressure in the primary loop, a spray located at the top of the pressurizer is activated resulting in condensation of steam (by water spray) and subsequent reduction in pressure” (Rjan, n.d.).

The importance of the use of the pressurizer in the controlling system is rather high, especially in the system where water is used as a cooling substance. This statement is based on the fact that water is primary incompressible. Consequently, the insufficient change in the temperature of water can lead to the considerable changes in pressure. The schematic diagrams of the pressurizer and the transfer of heat masses in it are presented in the Figure 5 (Takasuo, 2006) 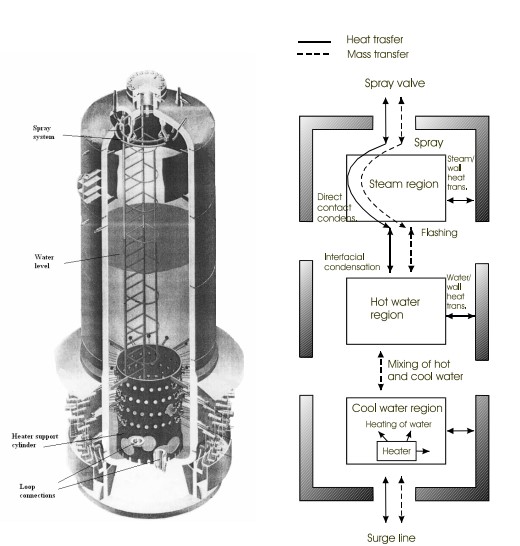 Figure 5. The schematic diagrams of the prssurizer and the transfer of heat masses

The above diagram shoves the flow path of masses under the control of volumes of steam, hot and cold water.

Below, four general types of transients in the pressurizer and transfer of heat will be presented to provide deeper understanding of the background of operations performed by the pressurizer.

The additional attention should be paid to the fact that the operation of the pressurizer is closely connected with the maintenance of such function as the control of overpressure by means of the pilot-operated relief valve (also known as PORV) (Nuclear Power, 2012). Further, the flow path of the relieved pressure will be described. The opening of this valve allows the steam to move from the pressurizer. This leads to the reduction of the pressure in the pressurizer and the whole system. This steam is moved to the big relief tank for further cooling. This tank is located in the reactor containment building. The cooled steam is condensed back into the liquid substance. This substance is stored for further use.

Additionally, the operation of the pressurizer is connected with the use of the safety valves which form the safety system of this component of power plant. This system is used for the emergency pressure reduction. These operations are the following: insurge, outsurge, spray, and heating.

Outsurge relates to the steam expansion, wall boiling, and flashing (Takasuo, 2006). Outsurge of the water to the primary system causes the lowering of the pressure, expansion of the steam volume, and decrease of the steam pressure. Such depressurization becomes one of the primary causes of depressurization. Consequently, the lowered saturation leads to the superheating of the substance and flashing. This event has several advantages. It helps reduce the speed of depressurization and maintain the pressure. If the temperature of water is higher than the saturation temperature in the tank, boiling at the walls occurs. At the same time, it should be mentioned that the heat transfer during flashing is considerably higher than the heat transfer during forced convection or boiling.

The opening of the spray volume for the control of the undesired pressure leads to the direct contact between heating of the spray droplets and the spray droplets because of the heat transfer from the wall of the pressurizer. The temperatures of spray water rise and reach the saturation point. It should be noted that the condensation area depends greatly on the size of the droplets: “the smaller the droplets the larger the condensation area” (Takasuo, 2006).

The pressurizer is widely used for monitoring the water level in the system. This action can be performed only in this part because “the reactor coolant system is completely flooded during normal operations” (Nuclear Power, 2012). At the same time, monitoring of the amount of cooling substance is very important for the assessment of work safety of the whole system. Due to the fact that the pressurizer is placed high in the reactor containment building, the employees of the station can make reasonable grounds that if the pressurizer has enough cooling substance in it, it means that other parts of the rector also contain a necessary amount of this substance.

In conclusion, it should be mentioned that the current work provides the general description of the pressurizer as the component of the power station that performs various functions. The major function of this vessel is the control of pressure in the system. This function is maintained with the help of different components of pressurizer: pressure vessel, relief system, water spray system, electric heaters, and surge line nozzle. It should b noted that the way of operation of different types of pressurizers also differs. At the moment there exist three types of these systems. The first type of pressurizer works on vapor. The second type is the gas pressurizer. The last type combines all the features of the first and the second type of pressurizer. It is known as a steam-gas pressurizer. This type is considered to be rather efficient because the necessity of use of such active components as spray for pressure control, pressurizer heater, and cooler is eliminated due to the availability of such characteristic of this mechanism as self-persualization.