The Immigration Museum is located in the Old Customs House of Flinders Street, Melbourne, Victoria. The museum primarily displays the immigration history of Australia. The Long Room, a feature considered the most famous in the museum, is a prominent piece of Renaissance Revival architecture. The museum was inaugurated in 1998 as a division of the Museum Victoria. Museum Victoria is charged with the responsibility of administering the scientific and cultural collections in the entire Victoria State. Other museums under the Museum of Victoria include the Scienceworks Museum and the Melbourne Museum, which incorporates the Royal Exhibition Building.

Fig. 1. The front view of the Immigration Museum

The Immigration Museums core function is the exploration of stories of the real people who have migrated from all over the world into Victoria. From the moment a person decides to make his/her journey until the moment of his/her arrival, these stories make an impact on the indigenous communities with the diverse emotions they stir being sadness, humour or even their entertainment. The museum boasts of a Tribute Garden that is situated at the northern end of the facility. The Tribute Garden is an unrestricted collection of artworks paying tribute to approximately seven thousand immigrants who have made their way into the state of Victoria. Names of the immigrants originating from countries in excess of 90 ranging from the 17th century to date are featured in the Tribute Garden.

Fig. 2. The Tribute Garden at the Immigration Museum 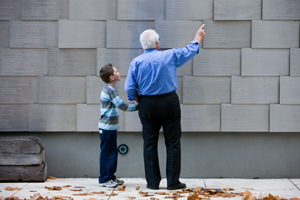 The exhibitions at the Immigration Museum are basically about identity. Identity touches on who Australians are, who other people think Australians are, and what it truly means to belong to the country. Every person moving into the country has got their own unique story to tell, a factor that has been deeply explored in regard to the reasons behind their migration, the place where they settled and the manner in which they began their new lives in Victoria. These individual immigration stories have changed Victoria and Australia forever. This is due to the impact of the immigrants on the indigenous Australians and the entire nation. 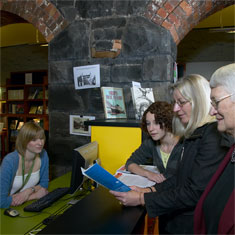 How Does The Immigration Museum Present The History Of Cultural Diversity In Australia?

As stated earlier, the Immigration Museum investigates immigration stories of people who have moved into Victoria from all over the world. Currently, the museum holds records of over 7000 immigrants from over 90 countries all over the globe. These statistics may seem negligible in comparison to the millions of immigrants reported in other countries, especially the United States of America and the European countries.

For nearly two centuries, the relationship between Australian museums with indigenous people and Torres Strait Islanders did not recognize the validity of diverse peoples with diverse cultures. For this reason, museums were positioned as instrumental agents of the dominant white populace of European origin. This white population had settled on the land disregarding any prior ownership or occupation. During that time, museum collectors acquired cultural materials and artefacts which included some secret and sacred items, such as stone tjuringas. In other worse scenarios, they obtained human remains, often involving exhumation of the bodies from the graves, where they got skeletal materials, skulls and other forms of soft body tissue. All these materials and body parts were then transported for display in European and American museums. This kind of practice considered the indigenous persons as primitive in the eyes of the immigrants. In recent years, some of these human body parts were still on display in some of the European museums.

This type of scenario could be said to have been totally eradicated by the Immigration Museum. In contrast with the above where the settlers collected artefacts and other cultural materials for export to other countries, the Immigration Museum creates history by collecting information from outsiders and keeping it at the museum. This is evident of the degree of evolution that has occurred in immigration matters in Australia. Currently, Australia is termed as one of the most friendly and tolerant countries.

A 2015 survey on social cohesion, which was carried out by Andrew Markus on behalf of the Scanlon Foundation, found out that the unique feature about Australia is the countrys high level of immigration acceptance and its cultural diversity. The Scanlon Foundations mission is to identify and measure the manner in which the migrant nation holds together. The old white dominance is far from gone but levels of discrimination were significantly lower, with immigration acceptance having heightened as well as the acceptance for cultural diversity. The report also communicated more positive expectations of the future generations. Australias positive mood for immigration and immigrants largely contrasts the escalating immigration hostility levels in Europe. At the time of publishing the article, both Switzerland and Poland had experienced elections in the last fortnight that had seen one far right anti-immigration party surge in its popularity.

It is only in the recent past that museums in the country have come to embrace social history. Social history basically refers to the stories of the common citizen as opposed to those based on heroes of war, explorers and politicians. Narratives of contacts between successive immigrants and the countrys original inhabitants have been on the rise with substantial resources being employed in carrying out the research. These stories include those of immigrants from other parts of the world other than those from Ireland and Britain. By the late 20th century, all major Australian museums had completed the process of redeveloping the display of their collections on Aboriginal and Torres Strait island people. This was carried out by extensively consulting with the indigenous communities. The exhibitions also looked into the issues that took place during the immigration process including frontier conflicts, indigenous imprisonment and separation of children from their parents. All these factors largely contribute to the recognition of the richness of the original cultures, as well as the rights of the persons to their traditional beliefs, norms and practices. In addition, the information provides the appropriate recognition of the contributions of the communities to the larger national mainstream of social development. Therefore, it is evident that the Immigration Museum provides the entire nation with the information that enables people to appreciate their past. In addition, it makes it easy to appreciate the current status of the nation.

The Australian government formed a Museums Australia Standing Committee that was charged with the responsibility of reviewing requests for grants by indigenous groups to have all cultural material returned from foreign museums. The museums then began a continual process which involved series of returns. This sometimes involved far-reaching collaborations, which incorporated the museum sector, while at the same time, building escalating networks of collaboration with the aboriginal communities.

In contemporary Australia, immigration has been a topic of controversy, a fact that has been well documented at the Immigration Museum. As stated earlier, the narratives are personal journeys of people who have moved into the country. In the past, the conflicts experienced amongst the various communities have also been documented. For instance, the manner in which the European community mistreated other communities could be a cause for grudges and conflict to date. Between the 18th and 19th centuries, massive immigration was witnessed with migrant ships arriving carrying passengers suspected to be having contagious diseases. This caused them to be offloaded into quarantine in a bid to protect other local residents from contracting ailments. The quarantine usually took a maximum of 40 days after which the passengers were released to assume Australian residency. The experiences, all that have been documented at the Immigration Museum, varied with some individuals experiencing first class resort treatment while others suffered from disease, disempowerment and death. Descendants of such migrants are bound to feel remorseful and abused when they read the stories of their ancestors. On a positive note though, the Immigration Museum contains information that current immigrants use to trace their roots. Based on the individual stories found in the vast museum, people are able to acquire information regarding their families, their original homes, the period of immigration and any other family members that could be living in the country or other parts of the world. This creates additional awareness, while at the same time, heightening cohesion amongst immigrants and indigenous communities who make use of the museum for various personal reasons. Moreover, new immigrants who want to share their story have been provided with a platform to share their immigration experiences. The information provided includes the reasons behind the migration, the process of immigration such as documentation, travel and arrival, settling in, and coping mechanisms of settling in the country. This provides additional cohesion as new immigrants feel that they belong to the larger indigenous and immigrant community. The move goes further in strengthening the cohesion and tolerance levels stated by Markus earlier.