Dismissal of an Employee

Many managers think that relationships with laid-off employees are terminated after the presentation of their employment record. However, this thinking is far from truth. Indeed, in case employee is dismissed on his/her own accord, it is likely that he/she and the company will no longer intersect. However, if it was an initiative of senior management, which was not handled correctly, the story of the dismissal may be continued, having a wide array of potential negative effects. They may range from the worsened psychological climate in the firm to filed criminal case against the owners. All these facts contribute to the importance of using a careful layoff procedure. Therefore, the following paper provides insights about the process of a dismissal meeting in an organization, as well as the types of compensation the company may provide to the separated employee. Additionally, it describes the ways of coping with negative emotions during the dismissal and its possible consequences for the organization.

The dismissal of employee, especially at the initiative of the company’s CEO, usually results in stress, negative emotions, and feeling of uncertainty. Moreover, this irritation and resentment may have an adverse effect on the organization, from the creation of a negative image of the company for its partners and stakeholders to the involvement of authorities, such as tax inspector, the Department of Labor, etc. (Shlosberg, 2010). However, managers can cope with all the negative emotions that accompany this process in several ways. First, it is possible to mitigate the effect of the layoff procedure by setting goals and tasks that should be achieved within a set period of time and discussing employee’s progress with him/her. A worker that regularly fails to fulfill the assigned tasks becomes mentally prepared for being fired. Prior to the actual dismissal meeting, he/she realizes why and when the layoff may take place. Therefore, an invitation to the mentioned meeting is not a surprise to him/her, which lowers the level of stress significantly. In this case, the primary factor of stress is not the fear of losing a job but the constant feeling of the inevitability of this event. As a result, the dismissal is often perceived as a way to discard constant uncertainty and discomfort rather than an act of despotism from the side of the senior management (Shlosberg, 2010).

The manager may also provide a separated worker with a letter of recommendation that contains useful information for the HR managers he/she will contact in the future. During the final conclusive meeting with such worker, it is desirable to give him/her advice on the best place, which can provide a short-term training or improve qualification. It is important to explain that the job loss is not a tragedy but a normal stage of any business career. It is also advisable for the managers to demonstrate concern over the employee’s fate to avoid him/her feeling as an invaluable asset, which is thrown into the street without regrets (Shlosberg, 2010).

In case a person has worked for a long time and has made a considerable contribution to the success of the organization, it is recommended to see him/her off with honors, making this event public (e.g. a farewell meeting involving the company’s management and his/her colleagues). The material costs that are required to organize such event will be compensated by the improved psychological climate in the firm. Not only the dismissed person but also the other workers will obtain a boost of confidence. The employees will be aware that the firm is not indifferent to their merits and problems, which has a positive impact on their motivation and loyalty (Shlosberg, 2010).

The process of conducting a meeting with an employee, is about to be fired, involves the following stages. The first of them is the preparation for the negotiations. Most often, managers miss this stage, and, therefore, find themselves unprepared for the reactions of a worker, being unable to resist his/her manipulation. During this step, it is suggested to formulate clear goals and reasons for the dismissal. Next, the manager must transform these reasons into the arguments that are understandable to the employee and formulate the agreements to be established with him/her. Finally, during this step, it is required to define the outcome the negotiations, as some important moments may be missed in the course of the actual meeting (Durai, 2010).

The next step is the dismissal meeting itself. It involves managers giving the argumentation of their decision, using the reasons prepared during the previous stage. Additionally, it is required to deal with emotional reactions of an employee by translating them into a rational plan and offering the objective reasoning. In particular, it is possible to use the PNP (Positive-Negative-Positive) technique. It ensures positive emotions by describing the positive qualities of a worker. After that, the bad news of his/her dismissal will not be perceived as hostile as in the other cases. Finally, as the worker tries to cope with stress, it is necessary to boost positive emotions again, namely by emphasizing his/her strong traits and skills (Durai, 2010).

Depending on the situation, the company may provide the following types of compensation to the separated employee, considering the timeline of payment for each case (in ascending order of the terms of disbursement).

The types of compensation are presented in figure 1:

This sum primarily includes the final paycheck for the hours he/she has worked, which is usually paid right after the layoff. Additionally, it may include the compensation for any unused vacation time, commissions, and expense reimbursements (WorldatWork, 2007);

In the first case, the employer may be obliged to pay a severance and/or provide the separated employee with health benefits (insurance coverage) for a certain time (up to 18 months) (WorldatWork, 2007). In case the organization has a policy of paying the severance to the separated workers, the compensation is usually carried out in accordance with the following scheme – each year the employee worked for the enterprise corresponds to the number of week of payments (WorldatWork, 2007);

It should be noted that in this case, the company does not pay the worker directly but rather covers the unemployment insurance (a program established by the federal and state governments). These costs are paid as long as the person searches for work but usually no longer than for 26 weeks (WorldatWork, 2007). In general, the employee is eligible for such benefits in case he/she has been employed for a minimum term or earned a minimum wage before being separated. Additionally, the worker must lose a job due to the reasons that are beyond his/her control. Finally, he/she must be actively looking for a new occupation (WorldatWork, 2007). 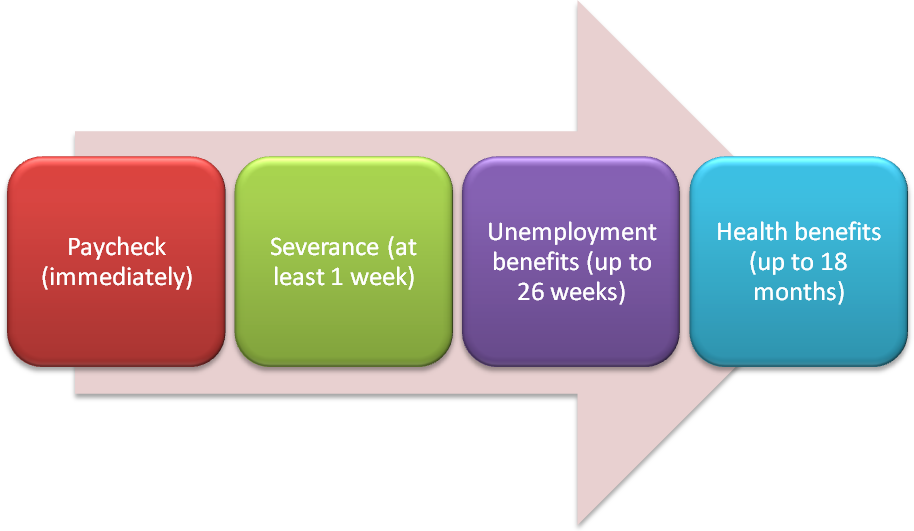 Figure 1. The timeline of the disbursement of the compensation.

The Effects of a Layoff

The layoff the employee may have a wide array of effects on the organization, depending on the reason for his/her dismissal. First, in case the worker leaves because of dissatisfaction with the place of work, wages, personnel policy, management decisions, and relationships with colleagues, he/she may affect the working atmosphere in the company. Prior to the request for dismissal, the employees usually try to control their emotions. However, in case the application has already been submitted to the employer, the accumulated negativity increases and spreads. The workers that are to be laid off usually share their negative experience with the staff of the organization. The consequences of such sharing may include the reduction of staff loyalty to the company, the mass exodus of the employees, with the senior management remaining the only part of the working team (Shlosberg, 2010).

In case the layoff was an initiative of a senior management, a disgruntled former employee might challenge the legality of the dismissal in the court, appeal to the prosecutor’s office, tax and labor inspection. Even in case the employer did not make any mistakes in the dismissal of a worker, made all payments in favor of the employee in time, settled with the budget and off-budget funds for all taxes and contributions to the payroll, as well as timely filed all reports, statements, and declarations to the supervisory authorities, the former employee might claim that his/her rights were abused. It should be noted that court, prosecutors, and the Department of Labor are obliged to consider every inquiry of the citizens (Shlosberg, 2010). Therefore, the scale of the consequences of such applications made by the employee should not be underestimated. In particular, during the hearings, the courts tend to take the side of the separated employee. Labor inspection may check all the personnel records of the company. Tax inspectors will receive a pretext for an extraordinary field tax audit. Finally, the prosecutors may open a criminal case against the leadership of the company in case any violations are identified (Shlosberg, 2010).

Finally, a laid-off worker may use the unlawful means of influence on the former employer. In particular, an accountant can leave with a part of the documentation, a sales manager may steal a share of customers, and an IT-specialist may bring down the company’s server or corporate website (Shlosberg, 2010). In addition, one should not forget about the so-called black PR. Negative reviews about the company may appear on the Internet (blogs, forums, job search sites, the black lists of employers, etc.) in the press, and even on television. In addition, a disgruntled employee may discredit the company in the eyes of its business partners by arranging contacts with the contractors and possessing the information that constitutes a trade secret of the organization (Shlosberg, 2010).

In conclusion, it is possible to say that the dismissal of an employee is always a tedious process that requires special attention from the side of the employer. The primary reason for that is the fact that this process has many nuances (legal, psychological, financial, etc.), the ignorance of which may result in unpleasant litigation and additional losses for the company. As a result, it is important that the entire process of dismissal is planned in advance to give both the employer and the employee time to prepare for the final meeting. Additionally, it is required to take into account the position of a particular worker, the reasons for his/her layoff, psychological portrait, the types of compensation he/she is eligible to, etc. This knowledge will allow the organization to choose the most suitable approach for a dismissal meeting and, therefore, avoid the above-mentioned negative consequences.