The vast growth of Internet technology has made various resources on the Web instantly accessible to users. For instance, the enormous growth of Internet technology has led to the development of online selling of goods and services where one can purchase goods and services from the comfort of their homes. Also, the advancements in computer processing power have made it easier for computer users to access each other over the network. As a result, cybercrimes have greatly increased. Cybercrime may be defined as a criminal activity that is executed through the use of computers or the Internet. This essay discusses identity theft and child pornography, which are considered to be two major forms of cybercrime. The paper also illustrates the assessment of the intended and unintended consequences of criminal justice policies on identity theft and child pornography. Lastly, it discusses the impacts of identity theft and child pornography on organizational management.

Identity theft is a crime in which an imposter illegally uses one’s data for personal gains. There are several adverse consequences one may suffer as a result of identity theft. For instance, the victim of identity theft may suffer financial losses as well as a tainted reputation. For instance, the victim of identity theft, Michelle Brown, tells the United State Committee in charge of this tragedy that her credit card was obliterated in the attack. In addition, her name was used in conducting drug trafficking that brought about the execution of the warrant of her arrest, as highlighted by the United State Office of Drug Control (2010). For any identity theft attack, an imposter requires critical information identifying the victim, such as date of birth, name, personal identification numbers (PINs), credit card details, driving license, as well as social security number (SSN) as mentioned by Stickley (2008). 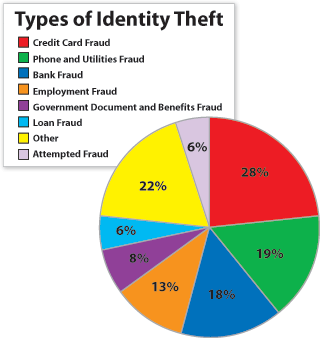 However, most imposters tend to use the victim’s name and date of birth plus any other additional victim’s data in conducting fraud or crime. In other words, an imposter requires date of birth, name, and SSN, the three basic elements worth identifying an individual (Dawies, 2013).

An imposter can obtain the victim’s date of birth from one of the several birthday databases that are freely obtainable on the Internet, as identified by Dawies (2013). For instance, an attacker can easily access the date of birth, city, and the state of an individual from Birthdatabase.com in case they have not requested the removal of their details from these databases (Dawies, 2013). Essentially, this information originates from the United States government official records. In addition to birthday databases, an impostor may use other victims’ data, such as her mother’s maiden name in accessing her financial records and in opening new accounts. Similarly, an impostor may also use SSN, a nine-digit PIN that is used in paying taxes and applying for credit (Stickley, 2008). Therefore, both victim’s mother’s maiden name and Social Security Number can be used in applying for credit, filing false tax results, and opening bank accounts.

An imposter obtains SSNs by either visiting a local agency office or through the Web since both state and local governments publish SSNs on public records. According to the United State Government Accounting Office (GAO) report of 2006, 85% of vastly populated counties conducted surveys of published records that may have an element of SSNs, as stated by the United Office of Drug Control (2010). SSNs are treasured both in local and state court files, as well as in local property ownership records. Similarly, a driving license can also be used as a source of information, identifying a victim since it contains the victim’s identification number. An impostor can then use the victim’s identification number and photo in formulating a counterfeit driving license number. Credit card information can also be used as a source of critical information for identity theft. Normally, an impostor who uses credit card information is committing credit card fraud by purchasing goods or withdrawing funds without the consent of the victim.

The impacts of identity theft on organizational management are numerous. For instance, the police and sheriff’s departments are fond of refusing to issue organizations with a police report claiming that only credit card companies and banks are the real victims of identity theft (Dawies, 2013). This has posed a great challenge to organizational management especially in proving their innocence to checking guarantee services and the credit companies. Therefore, organizational management is usually threatened by lawsuits when they failed to prove their innocence. An impostor can also commit a crime using an organization’s name. As a result, many organizations were occasionally sued whenever such a crime happened especially when they failed to prove their innocence to check their creditors, as identified by Dawies (2013). In most cases, identity thieves are using organizations’ particulars in conducting drug trafficking that they considered a lucrative business. Similarly, the health sector has also been adversely affected by this perilous act of identity theft. According to Ponemon Research Institute, the average expense incurred to address medical data breach is $211 per record, as identified by Stickley (2008). In addition, most healthcare providers have lost their customer trust, confidence, and loyalty, especially due to the breach of PHI. As a result, only 70% of Americans trust healthcare providers such as clinics, hospitals, and physicians to protect their PHI (Dawies, 2013).

According to Federal Law, child pornography is defined as an explicit display involving a nude minor and an adult who has lascivious intent. The United States Department of Justice is responsible for prosecuting victims of child pornography across the state, on the Internet, and across international borders (O’Donnell & Milner, 2012). Various states have diverse definitions of the elements of this crime. For instance, Massachusetts child pornography laws cover all practices of exhibiting or posing a minor in a state of nudity or sexual conduct (Ost, 2009). It also covers all the charges of purchasing, disseminating, or possession of child pornography. 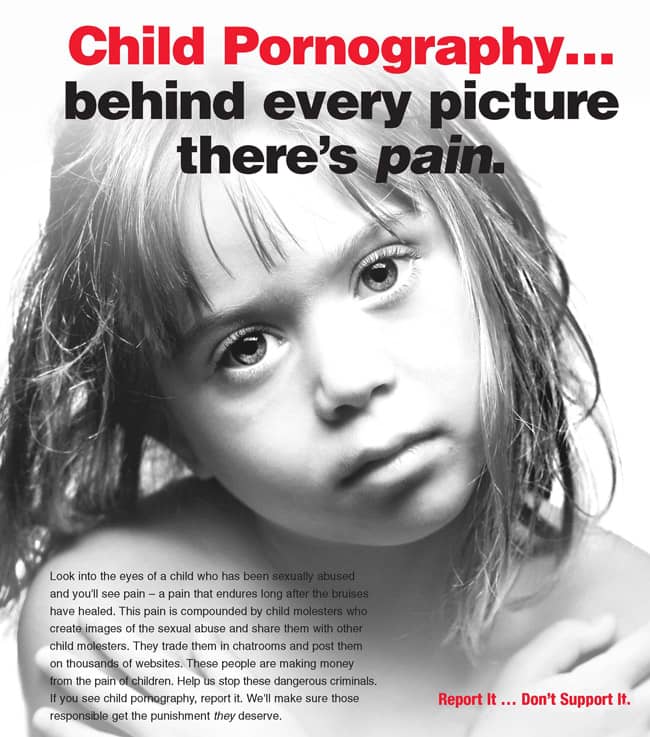 Unintended consequences of child pornography on minors and young adults are also numerous. For instance, Hope Witsell, a thirteen-year-old girl, took a half-nude photo of herself with her phone camera and sent it to her boyfriend in June 2009 (O’Donnell & Milner, 2012). The boy then sent the same phone to some of Witsell’s schoolmates. As a result, the students at the local middle school bullied Witsell for texting and uploading her nude photos on the Internet. Witsell then began cutting herself and journalizing about her harassment which eventually forced her to commit suicide in September 2009, as identified by O’Donnell & Milner (2012). Another incidence of unintended consequences of child pornography occurred when Jessica Logan, an eighteen-year-old woman, sent her nude photo to Ryan Salyers, her eighteen-year-old boyfriend. However, after their relationship ended, Ryan sent Lagan’s nude photo to additional recipients who distributed this photo further to the various high schools. As a result, Logan became depressed and committed suicide on July 3, 2008 (O’Donnell & Milner, 2012).

In conclusion, identity theft is a serious crime and is punishable by a long jail term, a fine, or compensation for the stolen funds. The critical data for committing identity theft include name, mother’s maiden name, date of birth, SSN, driver’s license, PINs, passwords, as well as a photo. On the other hand, there are several methods deployed by the imposter in conducting identity theft. For instance, an imposter can initiate a chat with strangers to obtain confidential information from them for illegal personal gains. Identity theft has a lot of impacts on organizational management. For example, identity theft of the organization’s bank details may result in huge financial losses. Similarly, child pornography is also a serious crime, since it may lead to more than 20 years of jail sentence depending on the number of minor nude images that one has distributed. However, different states have varying definitions of the elements of this crime. Therefore, charges for this crime also vary from one state to the other.

Like this sample?
Get an essay on this or any other topic only from $12.99/page
Order now
MENU Order now
Toll free:
Support: Live Chat