Coca-Cola Enterprises Inc. is a global leader in the manufacture of soft drinks. Coca-Cola, its main product, is a non-alcoholic carbonated drink. It is produced by the Coca-Cola Company. It had been the most expensive brand in 2006-2010 with the cost of 73.7 billion dollars (Hays, 2013). The history of Coca-Cola began in Atlanta, GA on May 8, 1886 (Hays, 2013). Today, Coca-Cola Enterprises Inc. operates in the United States (where it produces about 70% of Americans consume beverages) and in several countries of Western Europe (Wahlen, Bradshaw, Baginski, & Stickney, 2010). The companys portfolio includes 12 other brands, which cost more than a billion dollars (Hays, 2013). Throughout the world, Coca-Cola is a number one supplier of drinking water, carbonated soft drinks, juices, nectars, ready-to-drink teas, and coffees. Coca-Cola has 25 levels of market cap in the whole world (about $185 billions). It is ahead of such business titans as Intel, IBM, and Walt Disney Company (Dullforce, 2014). Such amazing performance would not have been achieved without a competent strategy at the microeconomic level. Thus, this paper will discuss the reasons of Coca-Colas economic success from the standpoint of the companys microeconomics.

One of the main microeconomic goals of the Company is customer satisfaction wherever it is located. In order to achieve that goal, Coca-Cola has created a great system of supply chains that deliver their products in more than 200 countries throughout the world. The first link in this chain is an interaction between the company and their bottlers that are mostly independent companies (Hays, 2013). Despite the fact that Coca-Cola is one of the biggest organizations in the world, its products never travel more than a few hundred miles to a final customer and it is all thanks to suppliers.

Suppliers provide packaging, ingredients, machinery, goods, and services. A small number of suppliers that work with the Coca-Cola Company have a high degree of security of the supply. Any failure in deliveries can break a production schedule. In order to meet the environmental and local labor laws and major international conventions a special system of the Supplier Guiding Principles (SGPs) exists. It helps to establish a close relationship between expectations of suppliers and values of the company with all respect for the importance of responsible workplace practices and human rights (Journey Staff, 2015).

Coca-Cola works directly with marketing intermediaries to increase sales. Marketing intermediaries can be a wholesaler, retailer, marketing service agency, agent or distributor. They help to promote, sell and deliver a product to a final customer. Working with partners gives an opportunity to analyze what Coke products are popular in a specific area. Thus, suppliers and supply chains help to satisfy different consumer preferences. They are important factors in the success of the organization.

However, it is not enough to just have the best suppliers in order to achieve success on the market. One also should be ready for competition. If the Coca-Cola Company had no real competitor in the 20s of the last century, it had found one by the end of the 30s. PepsiCo became the direct global competitor of the Coca-Cola Company. It had overtaken Pepsi in almost all markets of the world on sales volumes. The fact that Coca-Cola is an exclusive supplier of carbonated drinks in McDonalds restaurants contributes a lot to this. In addition, Coca-Cola has a more aggressive advertising policy (Hays, 2013).

Some local companies can consider as competitors in different countries, for example, Inca Kola (the brand was purchased back in 1999), Irn-Bru and Thumbs up (also it was purchased) (The New York Times, 1999). Recently, the popularity of carbonated beverages decreases in the markets of developed countries due to non-carbonated drinks, juices, mineral water, ice tea, and coffee. However, Coca-Cola still remains one of the most popular brands in the world. 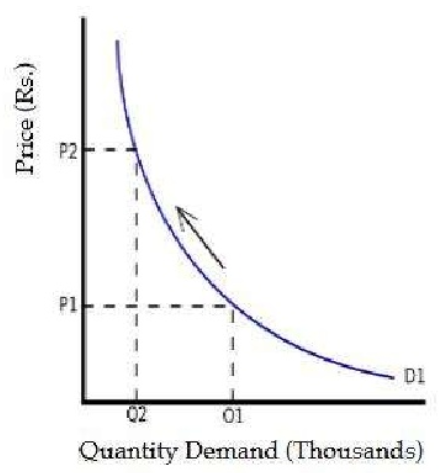 Besides, these key factors affecting on the success of the product are demand and supply. The quantity of the goods that a consumer can buy at a certain price is showed by a demand curve. The law of demand is formulated as following: demand decreases as soon once the price increases, and vice versa (see Figure 1).

There are a lot of factors affecting on demand. The most important ones are preferences and tastes, price of relative goods, government policy, age group of target audience, and time.

In case of Coca-Cola, there are loyal customers, which will drink it even if the price gets higher. Therefore, demand will stay the same one, and ordinary consumers will act according to the law of demand (Wahlen et al., 2010).

Nowadays a lot of goods such as Pepsi, Dr. Pepper, etc. can replace Coca-Cola. Thus, if the price of Coke rises and the other drinks price stays the same, then the demand for Coca-Cola will decrease. 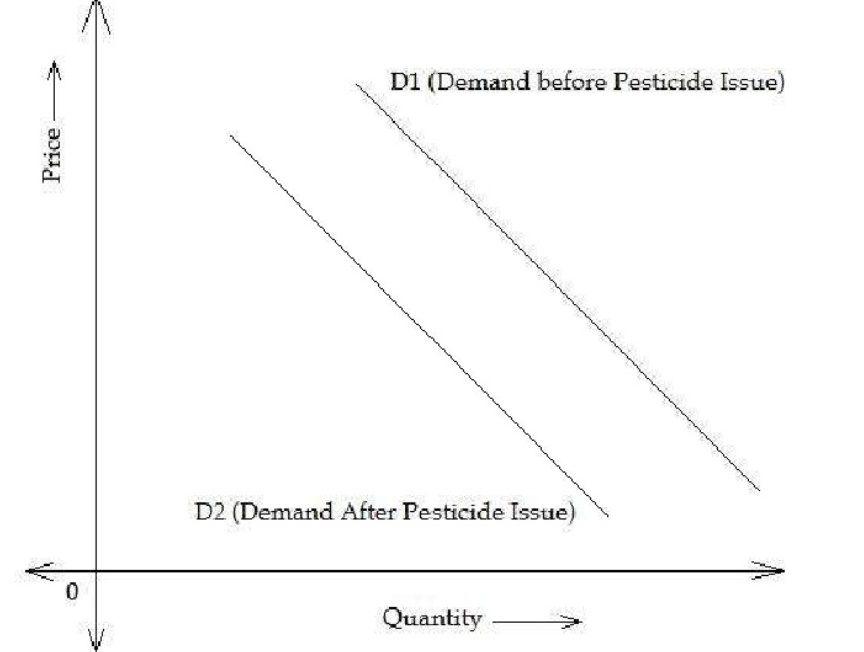 Figure 2. Downward shift of demand curve.
Time of purchase also has a great impact on Coca-Cola because its demand rises during holidays and summers. It also rises when the population of target audience increases. The demand curve as well can shift upward or downward. It does not depend on price changes; for example, Coca-Cola demand curve shifted downward when pesticides had been found in Coke (see Figure 2). 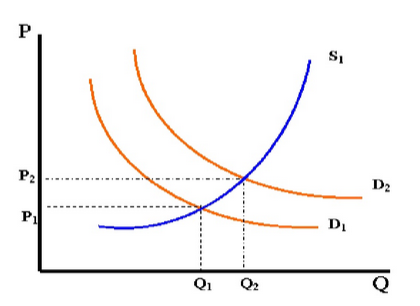 Law of supply shows a connection between price and quantity supply. If the price increases from P1 to P2 the supply also increases from Q1 to Q2 (see Figure 3).

Thus, the figure shows that if the price rises the supply rises as well because producers want more earnings. It applies to Coca-Cola in a short perspective. Supply will rise to a certain level with the increasing of price. However, when the price rises continuously, then the supply will fall down because of the large number of substitution goods. Factors that have an impact on supply are: price, number of customers, the state of technology, and input prices. If the price and numbers of customers increase, the level of technology will be high; and the price of inputs will be low. As a result, there will be more supplies, and Coca-Cola can make more profits (Wahlen et al., 2010). 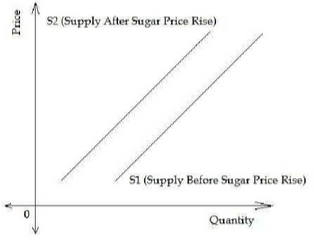 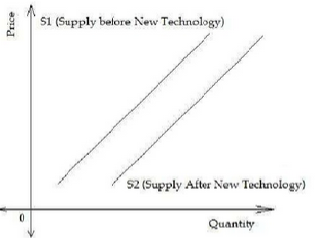 Figure 4. Upward and downward supply curve shifting.
The supply curve can shift upwards, for example, if sugar price increases and downwards when suppliers are able to supply more while the price stays the same (see the Figure 4).

Since Coca-Cola is an elastic product, the right price is a key to success. Demand on the product will fall down with its slightest increase of price because of the huge amount of substitutions (Wahlen et al., 2010).

Consumers are one of the most important points of a successful company policy at the microeconomic level. Coca-Cola always takes care of its customers trying to satisfy all their preferences. It is creating for them accessibility in price and place of purchase, as well as the convenience of packaging. In general, the company has identified three areas of impact on its customers:

Work. Coca-Cola provides any person during the hours of operation with the required amount of drinks, places refrigerators, and trays being directly near the institutions and offices;

Home and family. Regular family consumption of drinks by Coca-Cola for daily needs. Distribution of Coke through a network of supermarkets and grocery stores;

Recreation. Coca-Cola believes that the selection of this particular category is very important. The reason is that this consumption is significantly different from the consumption in a family and at home. Customers are attracted through a network of road trays, small grocery stores, and retail outlets in places of public entertainment (Hays, 2013).

A special attention at the microeconomic level is paid to the question of training and development of employees. The company strives to make people happy coming to work every day, being proud of their organization developed not only professionally but also personally. The company values the individuality and respects personal freedoms, human rights and provides equal opportunities for all. Coca-Cola does not accept any kind of discrimination. Specialists of training and department have the direct supervisor plan for training staff based on the evaluation of the staff. HR specialists help with the individual plan of staff development providing free education, implementing the motivational programs, and inviting to the incentive tours. For example, Russian representative office has a Coca-Cola Corporate University, which can satisfy almost all training needs. The University offers both standard training in a classroom and distance learning programs. The company has a training program in six areas.

According to the data provided by Morningstar, the financial performance of the company for 2013-2014 shows a significant progress in all areas of its business (see the Table 1).

Reduction in earnings per share during the growth of income and growth in the total amount amount of dividends indicates an increase in the number of shares of the organization. It is a positive factor, speaking about the growth of the company. A high return of capital, which is risen by 17.7%, should also be mentioned (Morning Star, 2014). It makes it possible to talk about the wonderful position of the corporation and the effectiveness of its management.

Summarizing the information mentioned above, it becomes clearly understandable that Coca-Cola is a successful company. It has excellent financial indicators. Financial performance of the company leaves no doubt in excellent management work and in constant aspiration to increase profit. Since Coca-Cola is a worldwide known corporation, the demand and supply remains and will remain high despite of the majority of factors. Like any other successful organization, Coca-Cola is focused on and improving working conditions for its employees and satisfaction of all its consumers preferences.

Coca-Cola has a huge network of supply chains delivering its products in more than 200 countries around the world. One can consider it as a highly reliable partner even in a long perspective with its special system of the Supplier Guiding Principles. Despite the increasing popularity to non-carbonate beverages and huge amount of similar goods, it successfully struggles with competitors due to an aggressive advertising policy and great pricing.