Abraham Maslow introduced an opinion that every person is motivated by the set of needs. Scholars before Maslow generally focused on the separate aspects of the human behaviors, such as biological necessities, personal achievements, or pursue of power. However, Maslow integrated the complex of human needs and came to a conclusion that each individual need has to be satisfied in order to achieve the highest level of efficiency.

Background of Maslow’s Theory of Motivation

Abraham Maslow was a pioneer in the sphere of psychology. He made a lot of research related to human motivation. In 1943, in the paper “A Theory of Human Motivation”, the scientist proposed the hierarchy of needs. As Abraham Maslow underlined that the existing theories in psychology did not analyze the complexity of human behavior, there was a necessity to describe the patterns of human motivation. As a result, Maslow studied the structure of human needs and their influence on the people’s behavior and development. The studies of the scientist were based on the exemplary people, such as Albert Einstein and Eleanor Roosevelt, as well as college students. According to Maslow, psychology did not have a lot of researches based on the analysis of the normal and fully functioning individuals. The studies allowed to determine key elements of people’s motivation. Later, Maslow’s concept of the hierarchy of needs was presented in a form of a pyramid.

Diagram of the Hierarchy of Needs 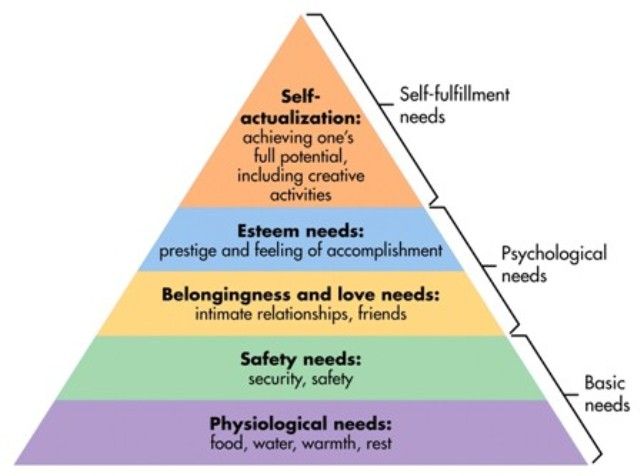 Figure 1. Diagram of the Hierarchy of Needs

Explanation of the Stages of the Hierarchy of Needs

The physiological needs represent basic human needs. Maslow determined this group of needs as the starting point for motivation (Maslow, 1943). The physiological needs are analyzed from two perspectives, such as homeostasis and appetites. Homeostasis includes the automatic efforts aimed at the maintaining a normal and constant state of the body. Appetite refers to the satisfaction of other body needs. For example, when an organism lacks some vitamins or minerals, a person will develop an appetite for a certain food. As a result, Maslow underlines that it is difficult to determine a set of physiological needs, which can be applied to every individual. In addition, sensory pleasures can also be considered as the goals of motivated behavior. However, the most common ones include food, water, warmth, and rest. If the physiological needs are not satisfied, the other elements of motivation may not be achieved. As a result, the rest of the desires, such as friendship and feeling of accomplishment, become secondary. The real-world examples of satisfaction of the basic physiological needs include the population of poor African countries, where the primary goal of people is to overcome hunger and thirst. People in poverty do not care a lot about the accomplishment of the career or creative activities. Thus, examples of physiological needs include air, water, food, shelter, or sleep.

When the basic needs of a person are satisfied, others emerge. The next level of Maslow’s hierarchy is the safety needs, which includes the feeling of security and safety. According to Maslow, a person “prefers a safe, orderly, predictable, organized world, which he can count on, and in which unexpected, unmanageable or other dangerous things do not happen” (Maslow, 1943). The safety needs activate in emergency situations, such as wars, diseases, or natural disasters. The example of safety needs is well visible on the behavior of children. When kids are disturbed, they immediately respond by crying or attracting adult’s attention. In addition, children behave differently when they have a disease. The environment suddenly becomes unusual, and a kid loses the feeling of safety. Another example of a child’s necessity of safety is the need of undisrupted routine. In general, the safety needs include security, law and order, health, employment, and socio-economic stability.

The next category of the hierarchy of motivation is the belongingness and love needs. This group includes the intimate and friendly relationship between people. At the same time, Maslow strengthens that love does not have anything in common with sexual behavior. The last belongs to the physiological needs (Maslow, 1943). Besides this, the concept of love involves both, giving love and receiving it back. A lonely person, who seeks for a place in group, wife or children, has an aspiration for love needs. As a result, love, affection, family, friends, and belongingness are the examples of love needs.

When love needs are satisfied, a person has a necessity for self-respect. This category of desires is defined as the esteem needs, which include a feeling of prestige and accomplishment. These needs are based on the real capacity and respect from others. They can be divided into two groups. The first group includes desires related with strength, confidence, and independence. The second group consists of the necessity for achieving recognition and appreciation from the others, having good reputation and prestige. As a result, the inability to satisfy the esteem needs results in a feeling of weakness or helplessness. Examples of the fourth level of the Maslow’s hierarchy of needs include a feeling of self-confidence, recognition and respect from others, personal achievements, and status.

The top of Maslow’s pyramid of motivation includes the need for self-actualization. According to Maslow, “what man can be, he must be” (Maslow, 1943). As a result, a person has to strive to develop his or her talents and become actualized in what he or she is good at. This need represents different desires and varies greatly from one individual to another. For instance, one person can aspire to become a good parent, while other wants to be a writer. The achievement of self-actualization is not possible without the achievement of all lower levels of the pyramid. Thus, Maslow indicates that while a number of people who fully satisfied with every aspect of their lives is very low, only a few individuals can reach self-actualization. Examples of self-actualization needs include the realization of personal potential, achieving of self-fulfillment, personal growth, gaining experiences, development of talents and creativity.

Examples of People Who Have Reached the Stage of “Self-Actualization”

A self-actualized individual is the one who demonstrates personal growth and achieves full accomplishment. In addition, the concept includes the creative development of a person. Self-actualized people are characterized by a number of peculiarities. For example, they have a realistic perception of themselves and surrounding environment. They can easily find solutions for various problems of the external world. They also demonstrate increased need for independence and privacy. The sense of appreciation is often a determinant feeling of self-actualized people.

Among the people who reached self-actualization, scholars often mention Mahatma Gandhi and Nelson Mandela, who succeeded in comprehending the meaning of life and stood on the positions of freedom. Maslow considered Abraham Lincoln, Thomas Jefferson, Albert Einstein, Jane Adams, Albert Schweitzer, William James, Aldous Huxley, and Elanor Roosevelt to be self-actualized people. Among the citizens of United Arab Emirates, there are also people who have reached the highest level of the hierarchy of needs. Ahlam Ali Al Shamsi, a female singer from Abu Dhabi, has achieved success in the Arab countries and has become a well-known artist. Ahmed bin Mohammed bin Hasher Al Maktoum, a sports shooter, won the first golden medal at Olympic Games 2008 in the history of United Arab Emirates. Finally, Abdul Qader Al Rais is the most appreciated artist of United Arab Emirates. He is well-known for his art works. Thus, these people have realized their potential as a singer, sportsman, and artist, and developed their talents to reach self-actualization.

Criticism of Maslow’s Theory of Motivation

Maslow’s concept represented a challenge for the monistic theories. They underlined that human behavior depends mainly on one motivational element, such as power, economic motivations, or family (King, Woody, & Viney, 2015). As a result, hierarchical theory faced a criticism. For example, Maslow’s theory is criticized for being individualistic. In particular, Daniels (2005) claimed that self-seeking behavior contradicts the principles of common good (p. 130). According to the scientist, “the central issue here is whether self-actualization is a goal to be sought directly or whether it emerges as a ‘by-product’ of living” (Daniels, 2005, p. 131). However, Maslow does not see the existing of the conflict between a self-actualized person and a person, who has an aspiration for the larger good. Maslow also differentiated between the self-satisfaction and serving the needs of others. In his work Toward a Psychology of Being, Maslow defined the terms of “being” and “deficiency” in regard to a number of psychological aspects, such as motivation or love (Maslow, 2013, p. 51). For instance, deficiency-love and being-love are completely different concepts. Being-love is less selfish and non-possessive, and requires the share of person’s achievements. Deficiency-love, on the contrary, foresees the use of a person for the satisfaction of own needs. Thus, Maslow considered the differentiation between the common good and individual good.

The scholars also argue that the lowest levels of Maslow’s hierarchy of needs do not necessarily have to be satisfied before a person will achieve self-actualization (Kalat, 2010, p. 378). For example, many of world famous artists lived in poverty or suffered from depressions or other neuroses. As a result, they were not able to achieve the lower basic needs, but still succeeded in reaching the top of the pyramid of the hierarchy of needs. In addition, the concept of self-actualization has a different value in various cultures. For example, people who live in poverty and cannot satisfy their basic needs in food are still capable of achieving higher needs, such as love and friendship (Kalat, 2010, p. 378). At the same time, Maslow states that the physiological needs determine the rest of the motivation elements. In particular, the scientist mentions “in the human being who is missing everything in life in an extreme fashion, it is most likely that the major motivation would be the physiological needs rather than any others; a person who is lacking food, safety, love, and esteem would most probably hunger for food more strongly than for anything else” (Maslow, 2013). Geert Hofstede also argued that Maslow’s hierarchy has a different organization of elements depending on a society. For instance, social and intellectual needs of people raised in individualistic and collectivistic societies differ (Hofstede, 1984, p. 390). The individualistic environment contributes to the development of more self-centered features of behavior. On the contrary, collectivist societies make an accent on the community needs, rather than individual necessities.

To conclude, thus, Maslow made an attempt to analyze the causes which motivates people’s behavior in different situations. As a result, he came to a conclusion that people have a complex of motivations, which are not related to the rewards or unconscious desires. On the contrary, motivations include the basic physiological and safety needs, a necessity of social interactions, and growth needs. Maslow’s hierarchy of motivation indicates that in order to achieve the higher level of development and self-actualization, lower levels basic needs have to be satisfied first. Despite the criticism of Maslow’s hierarchy theory, it remains important, well-used, and simple mechanism for people to satisfy their needs and achieve self-actualization.